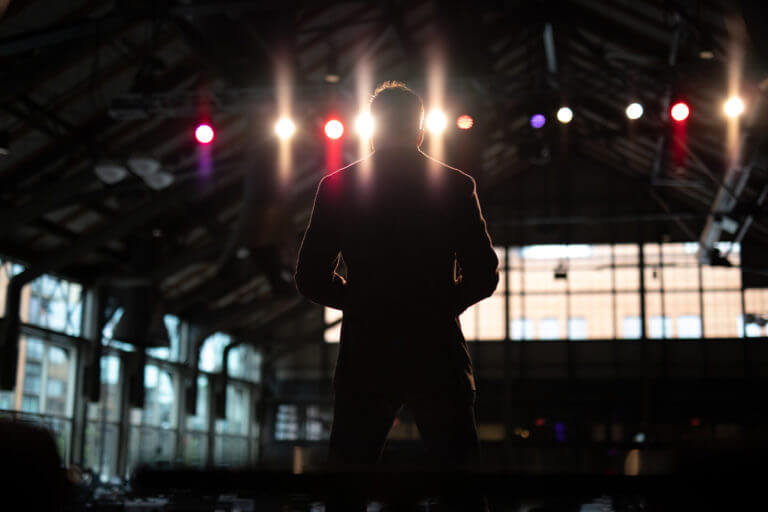 The Future of Sales Leadership with Tom Pfeifer

I walked off the stage and was greeted with a high five and a huge smile from Tom Pfeifer. I knew that meant “job well done.”

Tom runs U.S. sales and customer service for Thomson Reuters, and I was closing his national sales kick off. We’ve been on a few rodeos together, and Tom is a sales leader I’ve come to respect deeply. He’s a progressive, forward-thinking leader who’s embraced a solid blend of traditional and emerging tools to set his sales team for continued success today — and beyond.

As I was preparing to depart the conference and Las Vegas I casually asked Tom which flight he was on back to Minneapolis. When he said he was sticking around, I naturally assume it was to indulge in a few cocktails and relax after a relentless week of leading his event.

Tom and his team were immediately heading into a strategic planning meeting to brainstorm about how to elevate next year’s SKO meeting. That’s right. He wanted to begin setting the stage for improving upon the experience while it was still fresh in everyone’s mind. That is exactly the kind of growth mindset required to win in the new economy. Tom knows continuous reinvention and a relentless commitment to improvement is the only option. Even when it means another night in Vegas.

Recently, I had the opportunity to chat with him in a bit more detail on his approach to leading a high-growth sales function into the future.

Wielding Data as a Sword or Shield?

Given Thomson Reuters’ core business, it’s not surprising that Tom loves to talk about data. Leading organizations throughout the world are leveraging the insights from data into action. This has been a game changer for switched-on sales leaders, where access to quantifiable metrics provides a go to market advantage.

But collecting data is the easy part, Tom says. The difficult part is putting that plan into action. “You have to be careful that those metrics don’t become weapons,” he explains. “Are they the sword or the shield?” Navigating the human factor is where true leadership comes in. Because your data may point you toward difficult, unpopular decisions, leaving sales leaders with their most challenging task: “You have to try to convince the group,” he says.

Tom cites a reorganization of his sales team as an example. A formerly poorly-selling product was now filling a niche in an emerging sector, and it had become one of Thomson Reuters’ hottest-selling products. But after some time spent pouring over the data, Tom realized his sales team wasn’t being used as effectively as they could be. In actuality, their product bag was filled with products for two different markets. “It [was] a different sales motion,” he explains. So Tom made the decision to reorganize his sales team, splitting the product bag and shifting some members of his team away from the popular product.

It was not a universally popular decision, but Tom navigated his way through the challenge by being transparent with the teams about his reasoning. “You’ve gotta say, ‘This is why we’re making these moves,’” Tom explains. People want line of sight into the rationale behind decisions and that kind of transparency and authenticity helps build the trust needed to drive results.

Get Closer to the Customer — and Your Team

As consumers, our habits have shifted. We can do almost anything we want, at any time that we want, with just a click on our phones: order dinner, get a ride, watch our favorite TV show. We are living in the era of customization, personalization and instant gratification.

These shifts in our consumption habits have also elevated our professional expectations. B2B customers increasingly have the same expectations at the office as they do when they’re off the clock. “They want immediacy, they want real time, they want it on their terms,” Tom says. Sales organizations must become more flexible in meeting customer expectations, and embrace new technology as a tool to do so. For Thomson Reuters, this has meant utilizing mobile as a means for delivering their products and services.

For other organizations, it may mean less face-to-face interaction with a client, or even something as simple as making it easier to pay a bill. But either way, Tom says, one principle is paramount: “We have to meet the customer wherever he or she is,” Tom says.

This doesn’t just go for the customer, though. Sales leaders need to understand their sales teams will have the same expectations as well. Yes, companies need to make sure their employees have the right tools to compete in a market that demands efficiency and personalization. But with sales teams spread out across countries or even continents, sales leaders also need to use technology to connect, communicate and influence the culture they are trying to create. Tom suggests ensuring that you are in daily communication with your team, sending messages to each member. Perhaps you’re sending a compliment or explaining a new tactic you’re employing. The best sales leaders understand they are working in the service of others.

New Skills for a New Marketplace

There are some skills that will always be foundational for salespeople: product expertise, communication, time management. But Tom has noticed that our rapidly transforming economy is demanding new skills for salespeople. He’s begun to ask job candidates a question he didn’t ask even three years ago: “Have they overseen an evolution or transformation of any type?”

Tom isn’t just concerned about whether someone has seen disruption in the workplace. He’s also trying to gauge the hire’s fit in the transparent, responsive sales culture he has created. His follow-up question is the real test: “With the benefit of hindsight, what would they have done differently?”

Finding people who can communicate this self-awareness is key to building a team that is resilient enough to respond to the pressure of constant change. Also important is the ability to take ownership of the outcome. It’s a sign of growth and the hunger to learn and embrace the continuous improvement required to win. These are the traits that drive sales transformation.

“You can’t rest on your laurels,” Tom says. “But I think more often than not, if you’re listening and you’re trying to be open about what it is you’re trying to solve for and you can show some progress, I think it goes a long way.”

It’s that kind of hunger for improvement that keeps Tom and Thomson Reuters on top. To hear more from Tom and other progressive sales leaders that are winning big, check out our new ebook, Adapt and Thrive: How Sales Leaders Can Prepare to Win in a 2025 World. 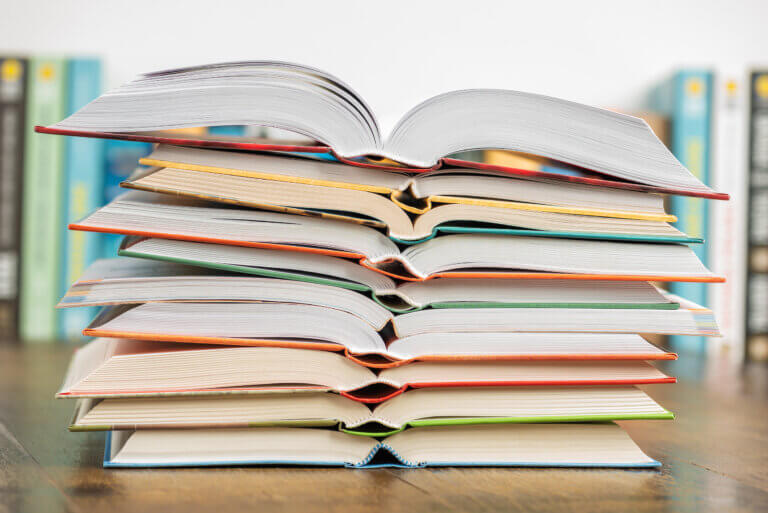 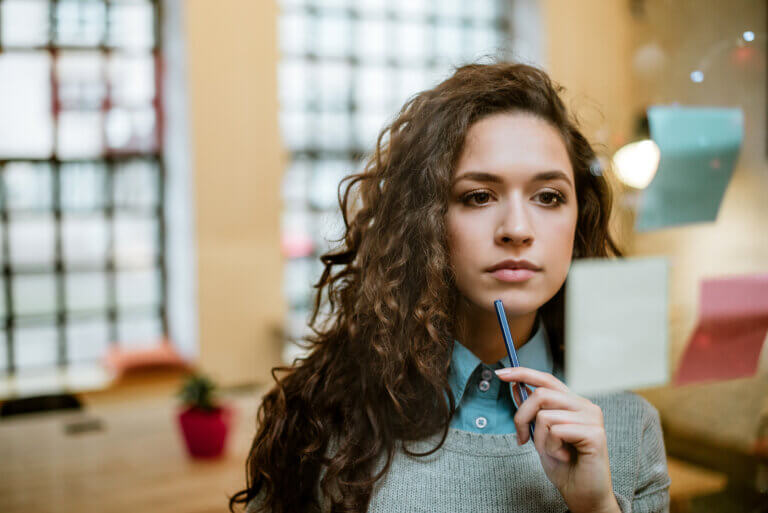 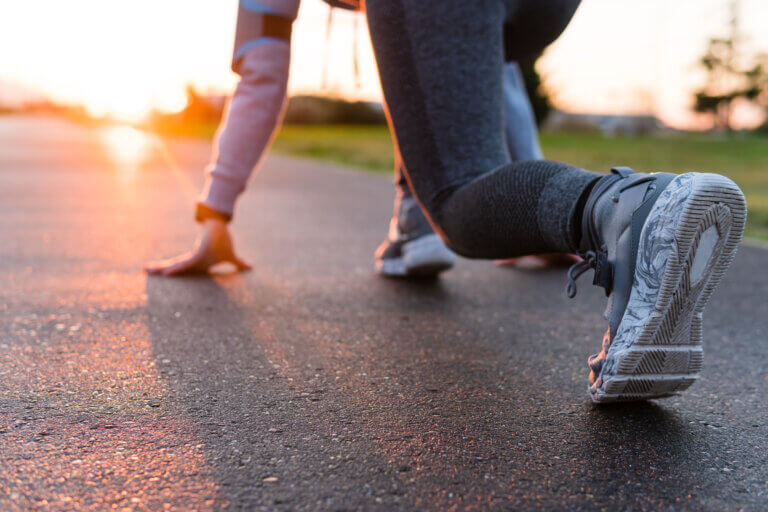