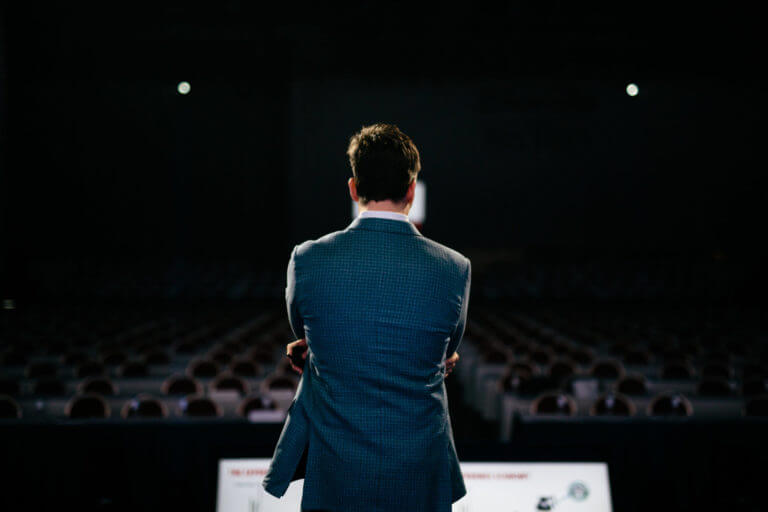 Confronting the Fear of What Other People Think

The stories we invent from a place of fear don’t serve us. They aren’t the truth. They’re bullshit. The truth is, the future hasn’t happened. The decisions we make and action we take create the future. So what is one decision you can make right now that will move you toward the future you deserve? What is the next most important action to take? Go do that! Bold, decisive, intentional action is the antidote to fear.

I couldn’t move. Fear of failure paralyzed me. The great recession turned out to be my greatest gift because it forced me to reinvent myself. I look back on my decision to quit my job and become an entrepreneur as the single best career choice I have ever made. Not for what I have accomplished but for who that has helped me become.

Fear of failure is such a barrier to creating breakthroughs in both business and life. Here is how I’ve learned to dance with my fear.

VIDEO: Ryan Estis – How to Dance with Fear of Failure

I am passionate about the subject of confronting failure because it’s something I still have to work through regularly. And for many people, it isn’t just the fear of failure that has the potential to hold them back.

It’s also the fear of criticism and what other people think.

I’ve been called a total fraud and a whole lot worse. Those moments used to set me back. That was simply my ego getting in the way of both my own forward progress and the ability to impact and serve others.

If you are in the practice of putting your ideas out into the universe — if you seek to challenge the status quo and change behavior — it only makes sense to anticipate criticism. It’s coming. I don’t have to look any further then my Facebook news feed to know that the personal attack is on the rise. The online disinhibition effect, in which factors like anonymity, invisibility, a lack of authority and not communicating in real time strip away the mores society spent millennia building, is real.

The important thing is not to give that bullshit any more power than it deserves.

Case in point, when I get passionate my language can occasionally get a bit colorful. For some people, that only elevates the impact and reinforces the message. For others, not so much. Check out this keynote feedback just in:

Was the presentation epic or a total failure? I guess it depends.

Here is the point: You can’t please everyone. Stop trying. When I try to please everyone, I lessen my ability to impact the people who matter the most — the people who truly care and value my contribution. I’m not for everyone — and that’s okay. Far better to focus on the people who value your work, and improve what you’re giving them. That is the opportunity!

I’ll never forget watching Tony Robbins a few hours into his UPW event specifically invite people to leave. He walked them through the process of getting a complete refund and calmly pointed to the exits. A number of people promptly walked out the door. He gets it. He isn’t trying to be your guru. His beyond-colorful language isn’t for everyone. Neither is change and transformation, which is kind of the point of his events. He would rather focus his message to serve the millions of people who benefit from his ideas. We can all do likewise.

Of course, we don’t need millions to make an impact. We do need to confront our fear, find the courage to do our very best work and serve those who value our contribution and stand to benefit.

When it comes to criticism, step back and consider the source. More often that voice is merely a reflection of the critic and not the person in the arena, doing the work.