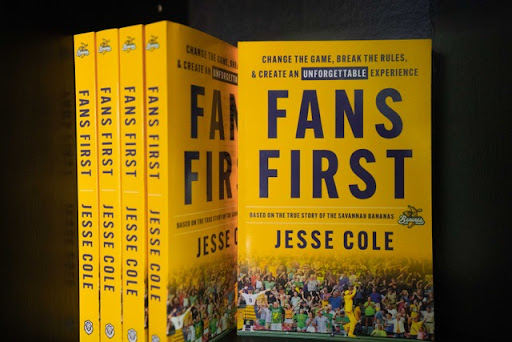 Why are people already in line? The game doesn’t start for a few hours.

I didn’t understand. I was in Savannah for a minor league baseball game. Granted, I had heard that the Savannah Bananas offered an entertainment experience markedly different from a traditional baseball game, but I still didn’t have the context for what that meant.

It didn’t take long to realize I was about to encounter the extraordinary.

The Bananas Pep Band led the players in uniform, accompanied by senior citizen dance team The Banana Nanas and Dad Bod cheerleading squad The Man-Nana’s, around historic Grayson Stadium stadium through the adoring crowd to open the gates. And the show was just getting started.

Now you can only start to picture the scene inside Bananaland, the home of the Savannah Bananas.

It was the first pro baseball game I had attended and actually didn’t bail on before the end. And I cannot wait to go back!

Jesse Cole is the mastermind behind this all-action, fast-paced and fans-first brand of entertainment. Jesse, a former college baseball player, dons a banana-yellow tuxedo each game day to channel the enterprising spirits of Walt Disney, P.T. Barnum and Steve Jobs and reimagine the fan experience.

The results have been tremendous by any measure — sold-out stadiums, championships, an expanding national tour, an off-the-charts merchandise sales record and more Tik Tok followers than most MLB Teams! But the most incredible part is the sheer joy experienced on any night spent in Bananaland. It isn’t just baseball. It’s a movement!

I left the ballpark astounded after singing and dancing in front of Grayson Stadium post-game — with Jesse and the entire team, of course — not only by the experience (wild and captivating and wonderful) but also by the creativity, fearlessness and devotion to really putting fans first.

The Savannah Bananas inject joy into an evolved version of a sport that some worry has lost its way. As games and at-bats drag on longer and longer, viewership continues to drop. Fan participation is softening. The youth are disengaging.

Playing baseball can be a blast, of course, and going to games can be fun. But committing to watching the full nine innings can be a challenge in an era of constant stimulation and distraction. “People get entertainment faster than ever,” Jesse told ESPN. “We’re in a TikTok world, and Major League Baseball is in a three-hour-plus game world. That’s a problem.”

It’s a problem he became obsessed with solving, bolstered by a belief that “all innovation is about falling in love with a problem.” Jesse chose to reinvent baseball for the contemporary world, squeezing its timeless form and function into a more modern format.

That format, a new-fangled iteration of baseball called Bananaball, is founded on television’s central truth: Deadtime is unacceptable.

Jesse had already innovated everything surrounding the game, making baseball a sideshow in the Savannah Bananas game day carnival.

Then he decided to reinvigorate the game itself. Bananaball’s all-action aesthetic actually brings fans to the diamond. That approach means tweaking some of the rules to streamline games and keep the audience engaged. For example, it’s a strike to step out of the batter’s box at any point. Bunting the ball is an automatic ejection. Hitters can steal first base on any wild pitch. Mound visits are prohibited.

More significant modifications help keep the games packed with action and intrigue. Any foul ball caught by a fan is an out. Most importantly, each game has a strict two-hour limit, with ties decided by one-on-one showdowns (like penalty kicks in soccer).

I have spent much of my recent life thinking, talking and writing about the importance of continuous reinvention and the need for self-disruption. What Jesse has done, and continues to do, embodies that and so much more. The Savannah Bananas provide a different experience, a better experience, for fans, and it’s catching on like wildfire!

The Greatest Show on Earth

The Savannah Bananas are unafraid to experiment and totally unafraid to fail. That mindset is critical to their success: They know they’re doing something that has never been done, and they keep on doing it.

One of Jesse’s few rules is that every single game tries something the Bananas have never done before. New promotions, new skits, new songs … nothing is too wild or too outlandish to try at least once. They are constantly brainstorming, pushing the envelope with little experiments that keep the organization’s trailblazing mentality and forward momentum thriving.

Those little experiments are at the heart of self-disruption. Each week, the Bananaland experience is refined. They learn more from what doesn’t work than what does. The Bananas’ meteoric success boils down to a mindset that refuses to fear failure. When your primary mission is to provide a brand-new experience every night, even your most catastrophic failures become resounding successes.

Though the Bananas can credibly claim inspiration from carnivals, circuses, or even “Saturday Night Live,” their approach to experimentation reminds me most of bands like the Grateful Dead. I never really got the band’s appeal before, at least not to the point that I could understand why someone would attend dozens or hundreds of concerts.

After spending an evening in Bananaland, I think I understand now.

You keep going to Grateful Dead shows because of the unpredictability, the intrigue. You never know what’s going to happen. Knowing that the unknown is right around the corner brings its own mystery and magic. You become more immersed in the experience, knowing that every moment promises a once-in-a-lifetime opportunity — an experiment to watch play out in real-time.

What I admire most about Jesse and his Bananas — more than their creativity or fearlessness or even the amazing absurdity of it all — is their absolute and unwavering commitment to their fans. The organization has done an extraordinary job of building relationships and embedding itself in a local community initially skeptical of the whole venture.

This fans-first approach means the organization continually makes decisions to benefit the community. Tickets are all-inclusive — that means unlimited food and drinks for everyone in an industry where refreshments are often grossly overpriced. The team has also declined to take on sponsorship deals. When I asked Jesse about it, he told me: “This is Bananaland, and we’re going to give them the pure Banana experience.”

The “pure Banana experience” is founded on inclusivity and unadulterated fun. Those are ideals Jesse refuses to sacrifice. “It’s not about winning and losing, not just about the baseball game,” Jesse likes to say. “It’s about belonging and feeling like you’re a part of something. You’ll see every age here, and they’re all going Bananas and having fun. That’s what makes this place special.”

I believe this is just the beginning! For a deep dive inside look into this incredible story, Jesse, and his core philosophy, check out his new book:  Fans First: Change The Game, Break The Rules & Create An Unforgettable Experience. 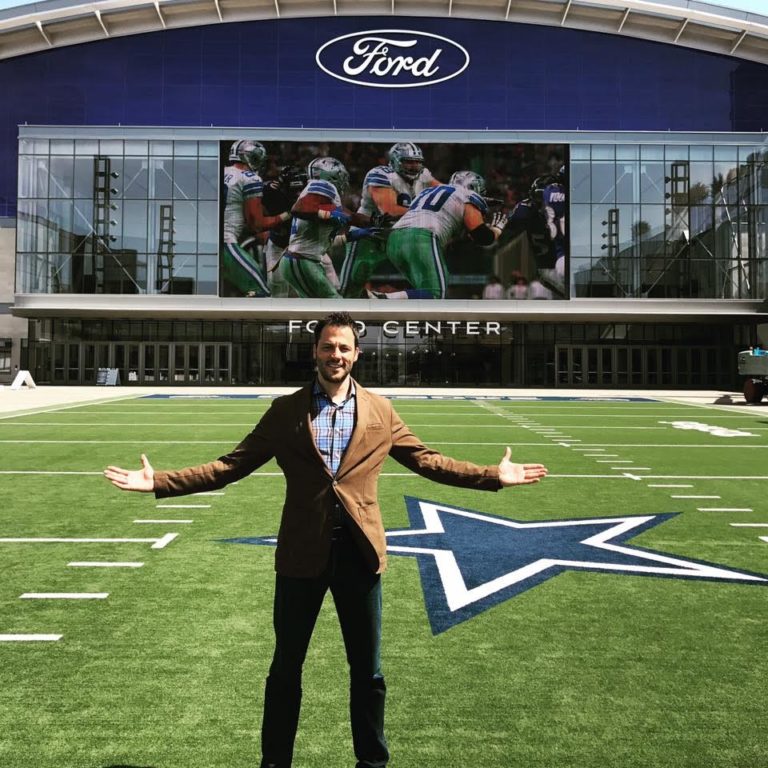 Winning in the Experience Economy 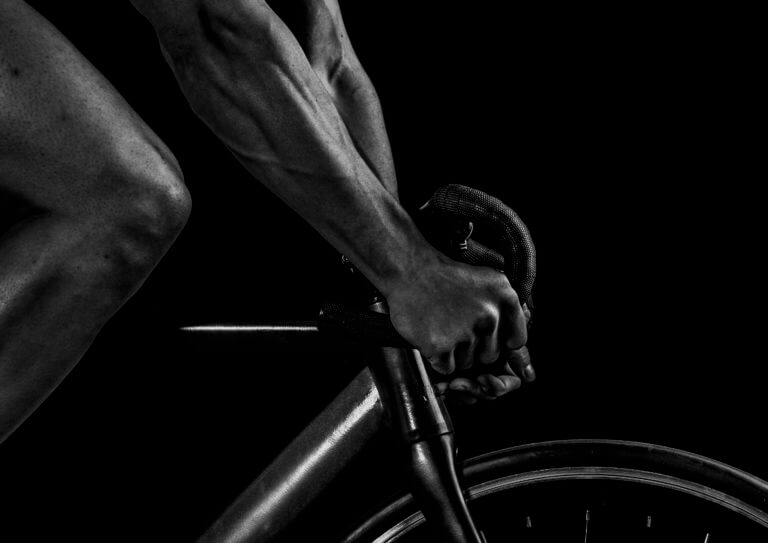 How Flywheel Takes Spinning to the Next Level 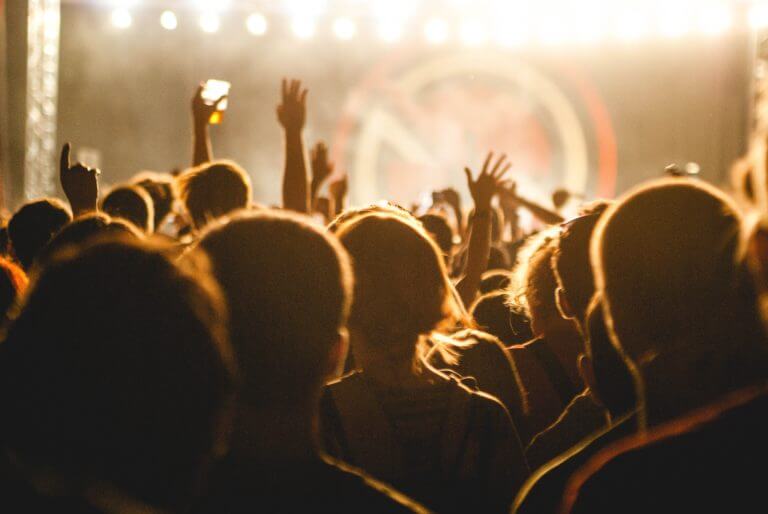