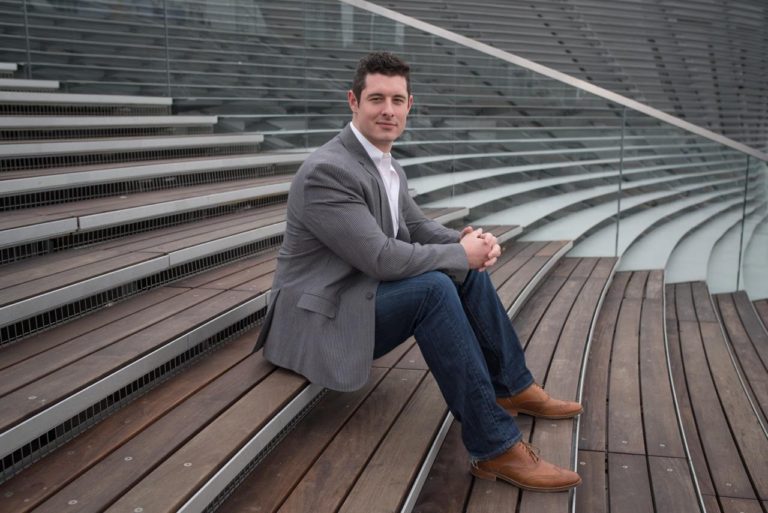 Overcoming Adversity: The Speech That Saved a Life

It was the shattering moment when everything shifted for Matt Mayberry. He was a talented athlete with loving parents, supportive coaches, and a bright future, but he had succumbed to addiction and spiraled into a dark world. He was only 16.

“If you keep living the way you’re living, you’ll either be dead or in jail by the time you’re 18 years old.” The words went in one ear and out the other, until a moment came when I had the courage to literally look at myself in the mirror. I saw a monster. Depression. Anger. All of the tears I put on my mother’s face. I literally collapsed on my knees, falling so hard I could have dislocated a kneecap.”

Matt and I had a powerful conversation about the lessons he learned on his own journey home. It’s one of the most inspiring overcoming adversity examples I have ever heard.

Drifting Into the Dark Side

“I did every single drug other than heroin,” Matt says. “This wasn’t a little under-age drinking. I was a full-blown drug addict. My mother saw me do cocaine five times.”

When Matt was caught stealing a teammate’s wallet, he was kicked off his baseball team and went into drug treatment to avoid expulsion.

Returning home for a family visit, Matt remained detached and angry, even when his ordinarily stoic father broke down in tears trying to break through Matt’s wall.

Matt still doesn’t know what prompted him to look long and hard into the mirror after his father tried to reach him, but what he saw reflected in the glass that night changed everything.

He had a breakthrough when he started reading Zig Ziglar’s “See You at the Top.” His father had bookmarked the Power of Goals chapter. It inspired Matt to write down his first big goal: to land a Division One college scholarship within the year.

For Matt, Ziglar’s book offered much-needed inspiration, but inspiration wasn’t enough. He had to take action to create some momentum toward his big goal while overcoming obstacles, and he developed a specific process to do just that.

Matt advises setting a stopwatch for 3 minutes and capturing 10 specific goals. “Don’t let time and fear eat you up,” Matt cautions. “The moment we interrupt time, we can write down the things we know we want to do, become and have. Awaken that burning desire deep within. Don’t worry about how you are going to achieve your goals; just write them down.”

“When you have the 10 things, ask yourself one simple question: If you could achieve only one goal on this list, which one would most drastically change the course of your life? That’s your game-changer goal.

“Now, take that game-changing goal, and write down the 20 to 50 things you have to do in order to achieve that goal. Every day, tackle one item on that list. The beauty of this process is that your game-changer goal is also going to create a domino effect for every other goal on your list of 10.”

I love this prioritization. It’s so easy for 10 goals to feel overwhelming and daunting. But when you identify the One Most Important Thing, you can focus your energy. That’s huge, and I implemented this process as soon as Matt told me about it.

We Are Our Habits

Matt had his goal and focused on his list of action items. He landed his Division One football scholarship at Indiana University. With momentum on his side, he unleashed his potential and started performing on another level.

He excelled during his four years at Indiana and became a projected can’t-miss pick in the 2010 NFL draft. On draft day, he waited through the third round of the draft. Then the fifth round came and went. Midway through the seventh round, he turned off the draft coverage on TV knowing his worst fears were becoming reality. He was passed over for the draft.

Matt had no Plan B. His agent called, and he was invited to camp for a tryout with the Chicago Bears. The undrafted rookie became obsessed with proving everyone wrong.

“We are our habits,” Matt says. “If we want to succeed, we have to work harder than everybody else, and people don’t like to hear that. But hard work is the one thing we can control. To me that means two things: constant never-ending improvement, and forcing yourself to get uncomfortable every single day by doing one thing that scares you. That puts you in the position to grow.”

Matt was on the road to fulfilling his dream of becoming an NFL football player. “I was a linebacker for my hometown team, the Chicago Bears,” Matt remembers. “It was an incredible experience, a dream come true.” But Matt’s dream would come to an abrupt end.

The Speech That Saved a Life

With two minutes left to go in the second quarter of his first preseason game against the San Diego Chargers, a 300-pound lineman smashed into Matt’s ankle.

His ankle, and his dreams of a football career, were crushed. “I’ll never forget the doctor’s words as I was sitting in the waiting room,” Matt remembers. “He said, ‘I’m sorry, Matt. You tore a bone off your ankle. You won’t be playing football for nine months.’” For an undrafted free agent rookie, that was an eternity.

The Bears let him go. In a blink of an eye, his dream was gone and he was devastated. Matt moved back in with his parents and sank into a severe depression. “I was at the point where I thought about committing suicide.”

Feeling broken and completely uncertain about his future, Matt received a call from a publicist he’d met during his time with the Bears who was looking for former athletes to speak at a leadership event. Matt’s first reaction was a flat refusal, but the publicist was persistent.

During their conversation, Matt realized that he had been given an opportunity to improve his circumstances. “I may have been knocked down,” he says, “but the only way I was going to get myself out of this rut was to take massive action. I was on stage for 20 minutes. Afterward, I got back to my car and broke into tears — because I knew I’d impact more people outside of football than I ever could while playing. Speaking was my future and it saved my life.”

Matt likes to say that no one goes undefeated when playing the game of life. We all face low moments, and it helps to understand that we always have a choice about how to respond. Matt has made it a practice to turn his setbacks into personal breakthroughs.

I asked Matt how others could use his process in overcoming adversity. What can we do when hope is lost?

Matt advises you to do two things immediately in the face of failure:

We can’t control what comes at us. We’re going to encounter setbacks and difficult times. That’s life. But those setbacks don’t define us. What does define us is how we respond in that moment. 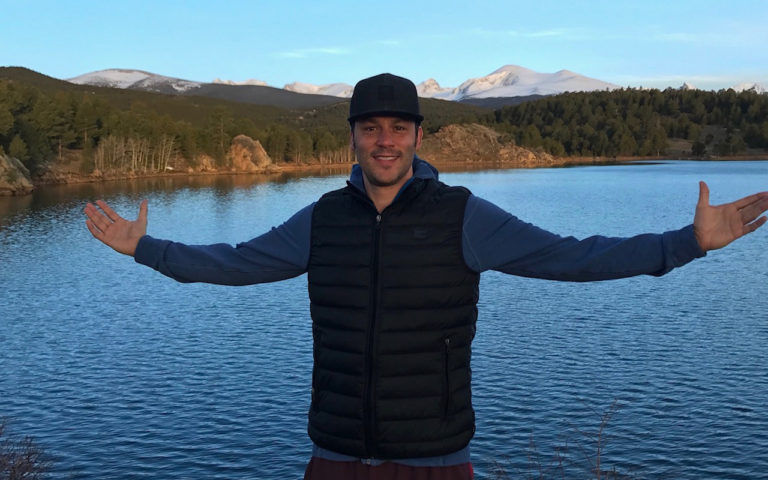 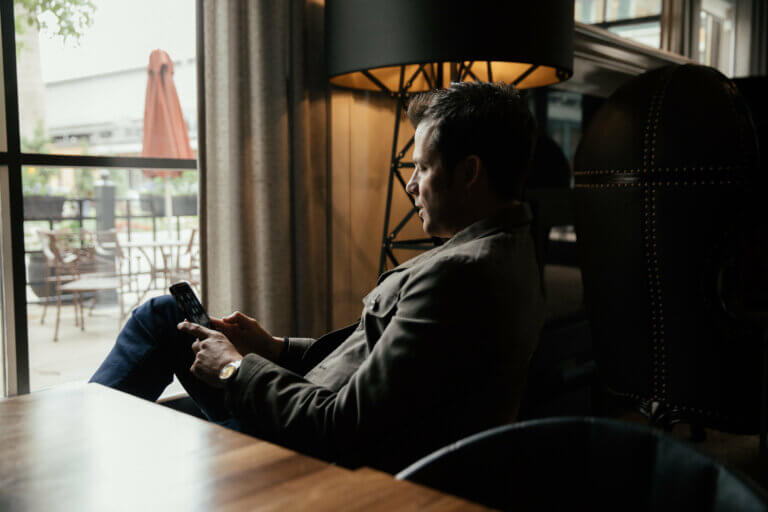 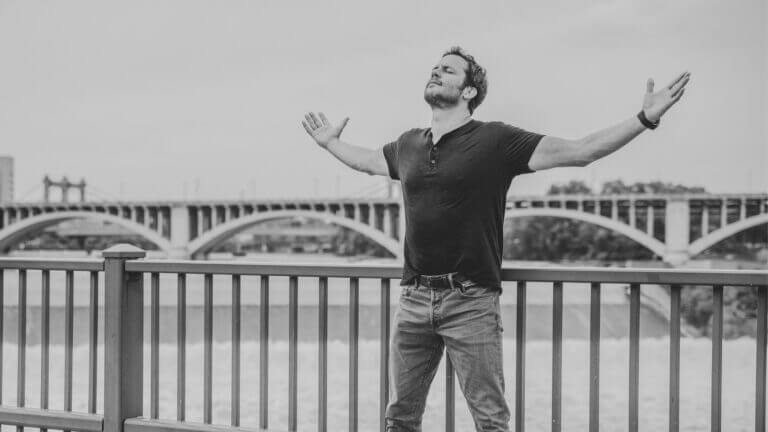