What I Learned About Myself from Songwriting With Steve Earle

“It’s like I’ve opened a door to a new room. I know I have that room to go into, and I can let the light from that room shine into the rest of my life.” 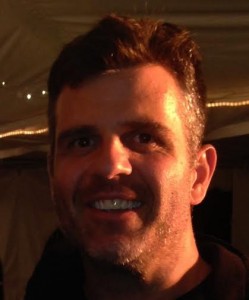 This is my good friend Steve Burton. Steve is a top producer for Medline, selling medical supplies to hospitals. He’s great at his job, and stays busy as a husband and father of two daughters. Ever since he was a little kid, Steve has been interested in music. He never took formal lessons, but music has always been somewhere in the background for him. It’s his personal passion.

I got a call from him last week. He was excited to tell me about a life-changing experience he’d had this summer. It wasn’t your usual catch-up call and I wanted to share his unique experience with you, along with a few insights that I think you might find beneficial.

Earlier this year, Steve’s friend mentioned a songwriting camp she attends over the summer. Steve thought it sounded kind of interesting, but he had no real intention of being a songwriter.

The next day, he saw a tweet from Rolling Stone about Steve Earle’s songwriting camp. He’d been following Steve Earle for a long time — he was one of his favorites. One of his favorite songwriters was hosting a camp. It seemed like a sign. So he researched it. It wasn’t crazy expensive. Maybe he could really do this?

But, Steve still had reservations. In his own mind, it sounded completely self-indulgent to take a week away from his job and family to go to camp alone.

What are we waiting for?

How often do we consider change, opportunities, or taking chances only to immediately retreat and rationalize why we should stop? Fear kicks in. What will other people think? What if I’m not successful? The timing just isn’t right. We find a lot of reasons to limit our opportunities for growth. But what do we miss out on when we give in to that fear?

Steve floated the idea by his wife, thinking she might think he was crazy. But she was all for it. She encouraged him to go.

Support may not come from people close to you.

Steve is lucky to have a partner that lent support and encouragement while he was exploring. When we’re evolving and the people around us offer resistance or obstacles, it can quickly shut us down. Surrounding yourself with people who want to help you evolve can give you the push you need grow.

The first day of camp, he was excited. He started soaking it all in. And, he realized that he was surrounded by some pretty serious musicians. He’d already put his name on the Open Mic sign-up list when he realized: Some of these musicians were really good. Could he actually perform the first song he’d ever written in front of this group? He describes a “white-hot panic” that drove him to take his name off the Open Mic list.

But after the second day, a song came together for Steve. He got the heart of it down, then musicians around him helped him fine-tune it. He tried new things. He took everything in like a sponge.

Make one courageous decision a day.

The last day, he performed his song in front of everyone at the camp, including his favorite songwriter, three-time Grammy winner Steve Earle. This allowed him to live the complete experience and share is passion in a much more meaningful way.  He almost stopped short, but in pushing himself past that little voice of reason and doubt he not only proved something to himself, he actually served to inspire other attendees.  Something a few short weeks ago he simply would have never imagined possible.

When his wife picked him up, she told him she’d never seen him smile like that before.

Here’s what Steve told me about his experience:

“For four days, I felt like I was among my tribe. I’ve never been in a place like that. You’re always talking about passion. I really tapped into something. I have a new perspective.

It’s like I’ve opened a door to a new room. I know I have that room to go into, and I can let the light from that room shine into the rest of my life.

This breathed new life into me.”

Camp gave Steve the opportunity to connect with kindred spirits. He found a place where he could be completely comfortable and explore his passion in the company of others on the same journey. That alone changes everything.

Steve has a new perspective that’s influencing every part of his life. Marriage. Fatherhood. He views work through a fresh set of eyes. He’s more open to new possibilities and opportunities. More than anything, he has an open mind. He took a big chance, and got a huge personal reward that has created momentum down a completely new path. Now, taking chances doesn’t seem as impossible. What does he have to lose?

Make the time for what matters.

Steve made the time to reconnect and further explore something he’s extremely passionate about. But he didn’t have to quit his job or go on a year-long sabbatical to do it. He just took a few days away and gave it a shot. He made time for something that mattered.

I’m inspired by Steve’s story, and I’m proud of him for listening to the voice that was pushing him toward a new opportunity and following it up with action.

We all have the same opportunity to stay curious, explore, make changes, and work toward getting unstuck. Even if you hear resistance (from yourself or the people around you), you have the chance to overcome those doubts and invite new opportunities into your life.

What are you waiting for?