A Story of Hope, Healing and Helping Others 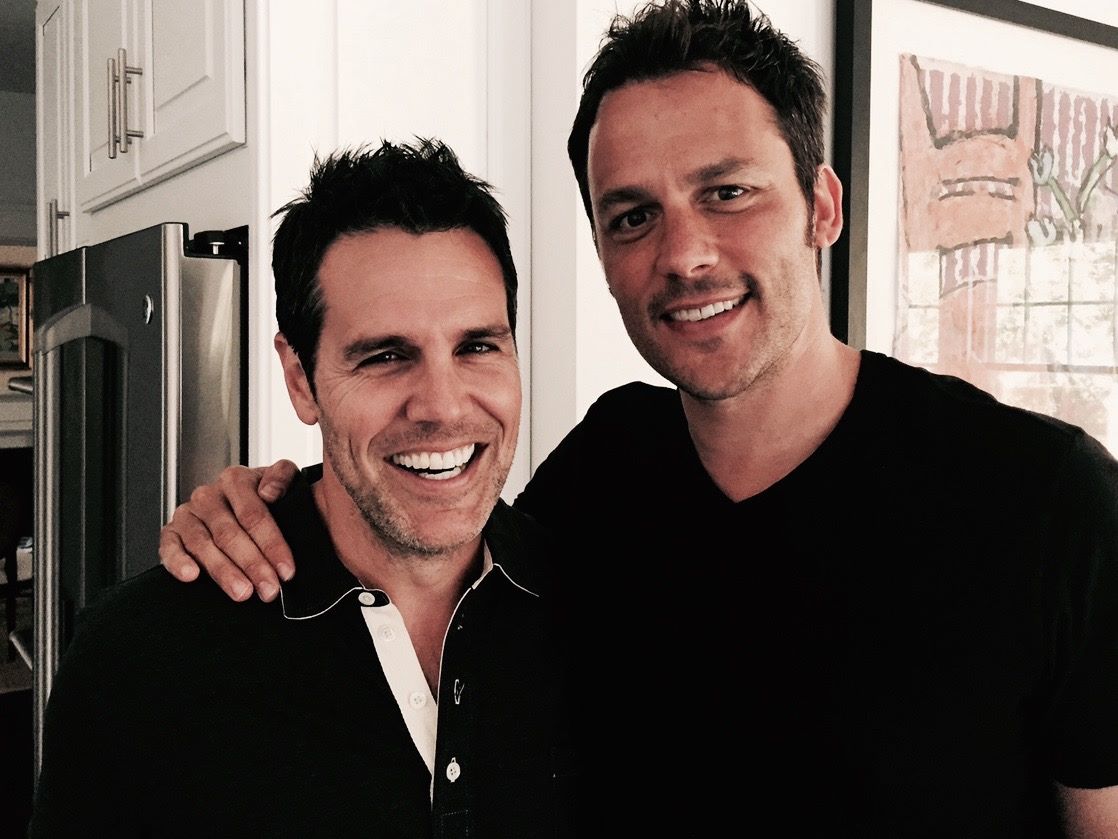 He couldn’t shake the splitting headaches.

During a routine doctor visit he talked through the possible triggers. Too much caffeine? Sinuses? Stress? Finally, in October 2009, the doctor suggested an MRI.

On December 1, he was on an operating table, having surgery to remove a brain tumor above his left ear. The location was less than ideal and there was significant risk involved in the procedure.

Coming out of surgery, his wife told him everything had gone well. He was alive and the tumor was gone — a massive victory.

But something was off. His pain was intense, and something else seemed strange. He couldn’t seem to get his balance. An audiologist put Brian in a booth with headphones on. He could see the audiologist talking in front of him but he couldn’t hear anything in his left ear. He figured the headphones must be broken.

Brian was completely deaf in his left ear. He learned that his hearing would never come back.

The shock of learning you have a brain tumor, deciding on a course of action, preparing for surgery, and facing a difficult recovery would throw pretty much everyone I know for a loop. I don’t know how I would have handled such an intense and unpredictable event in my own life. I do know how Brian Wiles handled it — like a champion. Like an athlete preparing to compete. Like somebody who was intent not only on surviving, but living to thrive no matter the circumstances. The word “meningioma” changed his life forever…and in many ways, it actually changed his life for the better.

Brian is the kind of person who attacks everything that comes his way. He plays offense. He decides what he wants and figures out a way to get there. This is Brian’s story.

After the MRI in October 2009, Brian found himself in the office of a world-renowned surgeon, Dr. Tew. He listened as Dr. Tew explained that Brian had a meningioma — a slow-growing mass — over his left ear. He had no way to know when it started developing, but it was a bad place to have a mass because it was near the nerve areas for speaking, hearing and swallowing. The doctor offered options for operating, radiating or waiting six months to watch how the mass developed. Brian knew he wasn’t going to wait.

Driving home alone after the appointment, reality set in. He called his parents. He immediately started thinking about how he was going to provide for his family. His thoughts jumped to the distant future. Would he be there when his kids needed him? He felt panic creeping in. Then he stopped. He slowed down and started taking one step at a time.

Brian went back to the doctor a few days later and told him he wanted surgery. The surgery involved a 5 percent risk that Brian would lose his hearing, but Brian knew he wanted to get the tumor out.

He made a decision not to look anything up online. He didn’t want to hear about worst-case scenarios. He had a respected, experienced doctor who had performed thousands of similar surgeries. So he didn’t go to Google. He trusted his doctor. He scheduled the first possible surgery date. He made his decision and never looked back.

The doctor told Brian the average recovery time was 6 to 8 weeks. Brian decided that he was going to be back to work in 4 weeks.

Instead of spending his time before the surgery stressed and scared, Brian took control. He did everything he could to prepare. He got in the best physical shape of his life. He got his business ready to run without him. He even took control of his hair. Instead of waiting for the hospital staff to shave his head on the surgery day, he shaved his own hair two days before. He was playing offense.

When surgery was over and Brian realized that he was in that 5 percent — that he had lost hearing in one ear — he kept looking forward. “That was a side step,” he says. “It wasn’t a step back, though. I was still alive. I was going to figure it out.”

Brian went home to begin his recovery. The doctor gave him a full supply of pain meds, but told him the sooner he stopped taking them, the faster he’d recover. Brian woke up on his first day at home and made a big decision: Even though his head was throbbing, he wasn’t going to take a single pill. No more pain meds. If pain was part of accelerating his recovery then he would simply deal with it. Recovery was the focus.

His dad, his constant nurse in those weeks after the surgery, drove him to the mall to walk. Then he drove him to the gym to look at the equipment. Brian wasn’t ready to work out yet, but he needed the visual reminder and the motivation. He looked at the machines and visualized himself back in the gym, lifting weights and getting stronger. He visualized the life he wanted — a healthy, active life — and surrounded himself with positive motivators.

Instead of feeling sorry for himself, he took action which had a massive impact on his psychology. He couldn’t hear in his left ear, so he started teaching himself to read lips.

A month after surgery, Brian was back in the office. By March, he could hit a golf ball again.

Looking for the Silver Linings

Six years later, Brian tells me that he’s still occasionally fighting the mental game — adapting to his new normal and getting past the small bumps in the road.

Now, Brian’s not afraid to call himself a survivor. He’s realized that sharing his story can make a difference in other people’s lives. His experience has totally changed his own outlook. Having brain surgery has actually improved his life in certain ways.

He’s more present in every moment. His default is “yes”. He embraces life in the now. He doesn’t judge. He’s more open-minded. He makes time for what’s most important to him. He says no to what isn’t. He works hard to give his kid new experiences and lessons. He has a passionate, fearless spirit, and that passion is contagious.

Brian has put his energy and focus into helping other people who are diagnosed with brain tumors. He takes calls at home from patients. He listens to their fears and shares his own story. For the past four years, Brian has co-chaired the UC Brain Tumor Center’s Walk Ahead event to support brain tumor research.

Brian’s story offers a dose of perspective and a very specific playbook for approaching adversity. I admire his outlook on life and his story is helpful. If you’d like to join me in supporting his advocacy, visit Brian’s fundraising page.